When shopping for a programming laptop, a smart set of baseline specifications to look for include at least 8GB of RAM, a decent SSD, a powerful integrated GPU, and a Core i5 processor. Although these baseline specs are good, they are not enough to help you find the best laptop. In this post, I have researched and compiled the top choices for programmers to help you find the most suitable one for you from the crowded marketplace.

Programming is not all about code, flowcharts, and algorithms, you must also understand the hardware. The ability to write codes and provide solutions to problems using an excellent laptop with the hardware and processing power designed for such purpose is very crucial. As a developer, having the best laptop for programming is the right way to stay on top of your game and easily transform your ideas into reality.

Do you know that whether you are a software engineer for an established firm, or you are a beginner programmer or looking to build something revolutionary by coding, you need the right laptop? The laptop should be able to run all programming interpreters, code editors, local servers, and language compilers adequately and efficiently.

What is the best OS for developers?

However, you will have to purchase a laptop with macOS if you want to be an Apple ecosystem developer. There is something unique to macOS that other OS doesn’t have, and that is the Xcode that is required by Swift and Objective-C. Also, if you are a PHP, Ruby on Rails, and Python developer, Linux is a great option. Overall, Mac is a must for Apple developers, but for all developers and programmers generally, Microsoft Windows is the best option because its support is vast.

What is the perfect processor to go for?

Just like humans and other living things, a computer also has a brain, and it is the processor. The power of computer’s brain varies. One can be more powerful than the other and no doubt, the powerful processors are what you need as a programmer. A laptop for programming should come with processors that can run the programs for coding and running the codes easily and efficiently. So which processor is the best?

What is the perfect RAM required for web development?

If you want to run more programs simultaneously and also switch between all the running applications easily, you need a laptop with a high number of RAM. Don’t get it twisted; we are not saying you should spend your hard-earned money of the highest RAM available. However, to simultaneously run code editor, compilers, web browsers, and local servers efficiently, it is always good to have a laptop with more RAM. As for how much RAM is perfect for a programmer’s laptop, we recommend a minimum of 8GB of RAM. Remember that more intensive programming will need more- like 12 or 16GB.

Which is the best laptop drive for programmers?

You probably know that computers often come with two types of drives. A laptop either comes with SSD, which is known as Solid State Drive or HDD, also called Hard Drive. Out of the two the SSD is faster and is mostly found in high-end laptops, but the HDD is slower and most of the time features in tight budget laptops. So it means if you are a programmer looking for a laptop with a drive that will load your previously saved project quickly, and also reduce the booting time significantly, Solid State Drives are the best choice.

What is the right graphics a laptop for programming should come with?

Even though the integrated graphics on the kaby lake and coffee lake Intel CPUs can run most programs easily, you may need to go for better graphics, especially if you play games on your laptop occasionally. A dedicated graphics of 2GB is recommended for gaming and programming. As we have mentioned earlier, more intensive programming and developing will require more graphics.

There are some other important things you should consider while buying a laptop for programming as a programmer. They are:

With the information above, your questions and doubts about buying a laptop for programming have been answered and cleared. You now know the best processor, graphics, RAM, drive, and OS to go for. Selecting the best of these features will mean you are selecting the best laptop for developers and programmers.

Here are the best laptops for programming in 2020

The MacBook Pro 15-inch from Apple is a noteworthy entry for programmers and developers with an affinity for AMD graphics cards. The laptop features 16GB of RAM, 512GB storage, AMD Radeon Pro 560 graphics card and Intel Core i7 CPU (clocked at 2.9GHz) – which means it can handle multiple programs and tasks at once without lagging or freezing. It also sports a long battery life of 11 hours with a great performance which makes it one of the best computers for programming.

With a crisp, bright, colorful and (virtually) bezel-less screen, along with an 8GB of RAM, Intel UHD Graphics 620 GPU, and Intel Core i7-8550U processor, the Dell XPS 13 is certainly a good developer laptop you can rely on. The laptop’s strong battery life, portability, and build quality make it a great laptop for programming on the go.

The Asus ZenBook 13 UX331UN spots a Core i5-8250U processor, 8GB of RAM and a GeForce MX150 graphics card from NVIDIA which makes it a good laptop for coding. This laptop has an average battery life of 9 hours, and 11 minutes which means that you have good window of time to complete a task even if don’t have a charger handy. The laptop is lightweight and has a solid-state drive of 256GB as well as many useful ports such as a microSD card reader, an HDMI port, and 2 USB 3.0 ports.

The EliteBook 840 G5 from HP features a comfortable keyboard, an SSD of 512GB, 16GB of RAM, a Core i7 processor, and a battery life of 8 hours, 30 minutes. As with other programmer laptops I tested, its 16GB of RAM is much appreciated as it allows your EliteBook to handle a lot of programming task and heavy-hitting processes – all at the same time without lagging. The laptop also fared well in terms of connectivity as it has a USB 3.0 port, a Type-C port, an HDMI port, the mic/headphone jack, and more.

If you want a laptop with all the power to code or run the most graphically intensive programming software, then this it. The MSI GS65 Stealth Thin is one of the most powerful laptops that is specially designed for coders. The laptop can run any game or program you throw at it, thanks to its Intel Core i7-8750H CPU (clocked at 3.9GHz), Nvidia GeForce GTX 1070 Max-Q graphics card, and 16GB RAM.

The Razer Blade has a lot of impressive hardware like the 16GB of RAM, Intel Core i7-8750H processor, Nvidia GeForce GTX 1070 Max-Q GPU and 512GB SSD that makes it one of the best developer laptops on the market today. It offers up to 6 hours of battery life which is okay for laptops of this power level. However, some coders or developers with killer word-per-minute rates may not find its keyboard to be as comfortable as they require.

The Lenovo ThinkPad X1 Carbon has all that it takes to qualify as one of the best laptops for coding. It features a stylish and lightweight design, a stunning display, comfortable keyboard with 512GB SSD, 16GB of RAM and a decent Intel UHD graphic card. Its long battery life of 11 hours and its strong performance are also worth mentioning as it registers it as a good laptop for coding and one of the best programmers’ laptops.

For programmers who need a more portable laptop equipped with touch screen and requisite coding horsepower, or for those looking for the best laptop for computer science, this laptop answers the call. It packs a hefty 1TB SSD, 16GB of RAM, and a Core i7-7660U processor which made it a reliable developer laptop to stockpile tons of files or handle intensive programming tasks. It offers a battery life of 7hours, thirty minutes and weighs just 1.7lbs which makes it perfect for travel.

Programmers and software developers who prefer AMD GPUs and touch screens would appreciate the Samsung Notebook 9 Pro as it is the niche-specific machine to buy. It packs an Intel Core i7-7500U CPU, 16GB of RAM, 256GB SSD and a good collection of ports that are very useful for most programming situations. It also offers a battery life of 7 hours which is enough to complete most coding or programming tasks without plugging in your charger.

The XPS 15 from Dell essentially has all the necessary features that any programmer or coder is looking for in a programming laptop. The laptop comes with a 1TB SSD, 16GB of RAM, and a 3.8 GHz Core i7-740QM processor for a faster performance and coding efficiency. So, whether you’re a gaming programmer, information security researcher, blockchain developer or a coder, the XPS 15 will provide you with a perfect combination of power and performance.

Do I need a powerful laptop for programming?

Yes, a powerful laptop will speed up your programming tasks and processes without lagging or freezing, thus, increasing your productivity.

What kind of laptop do programmers use?

Programmers require a special breed of laptop – the ones that are equipped with enough battery juice, hardware, and processing power that is not common in average work machines. Generally, programmers make use of laptops with at least 256GB SSD of storage, 8GB of RAM, 6 hours of battery life and a Core i5 processor with a decent GPU. However, these are just the basic requirements, so I recommend going for a laptop with a lot more oomph (if it won’t overstretch your budget) to help you complete your programming task faster, prepare you for future challenges and keep you on top of your game.

Which processor is best for programming?

Speed is critical in programming. That is why laptops with a Core i5 or i7 CPU are considered the best for programming as they will help you work faster and reduce the compilation period especially if you’re working on a huge task.

Is MacBook good for programming?

Yes, especially for writing macOS and iOS apps. And since MacBooks has all the basic programming requirements and can run Windows through Bootcamp or a virtual machine like Parallels, you can use your MacBook to develop apps or write programs for any platform. 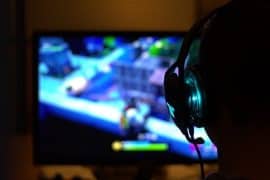 12 Best Laptops For Engineering Students in 2020